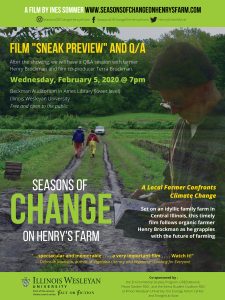 Season’s of Change on Henry’s Farm is a documentary that follows farmer Henry Brockman has he confronts climate change and grapples with the future of farming.  The film is set on his idyllic organic farm just 20 miles from Bloomington-Normal.  Come watch the film at Illinois Wesleyan University in the Beckman Auditorium in Ames Library. After the showing, stay for a Q&A with the farmer, Henry Brockman, and film co-producer, Terra Brockman. This “sneak preview” showing is free and open to the public. 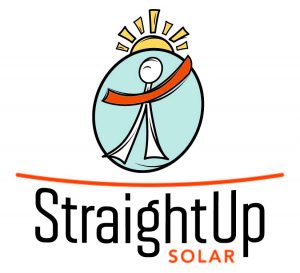